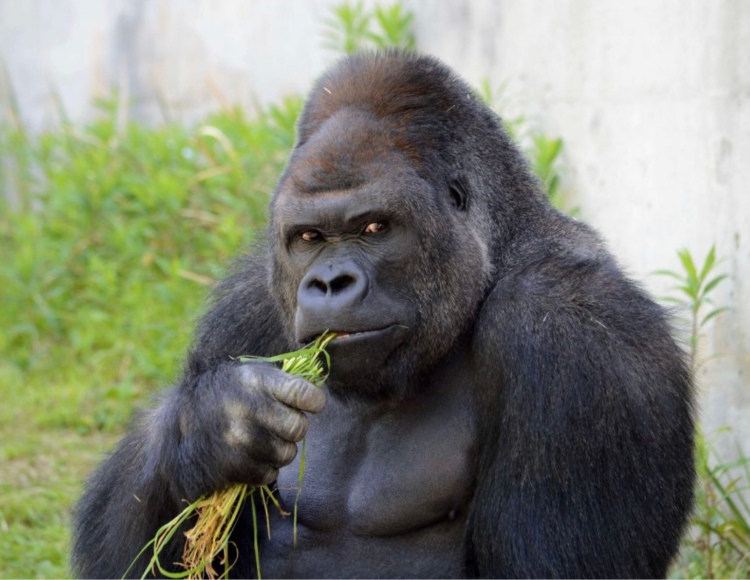 Although some of their most common habitats are in the Democratic Republic of Congo, Uganda, Rwanda, Cameroon, Nigeria, Angola, and Gabon, you can find them in other diverse locations depending on their subspecies.

All Gorillas’ arms are longer than their legs and sometimes walk on all four limbs, also known as “Knuckle Walking.” They can be a sort of grayish-brown in color but are more commonly a more blackish coat. Mountain Gorillas have thick long hair coats. Lowland Gorillas have shorter, more delicate hair and have no tail. However, they share similarities with humans, like walking upright for an extended period and more developed brains.

An adult Gorilla can consume 40 pounds of vegetation per day. They rarely drink water because the plants they eat are mostly made up of water. They also eat fruits, and bananas are ordinary in their habitats, so they tend to eat lots of them.

The young are called “Black Backs,” and there is typically only one baby born. When they are born, they weigh around 4 pounds and learn to crawl at around two months. After 8 or 9 months, they start to walk, and once three years have passed, they become independent.