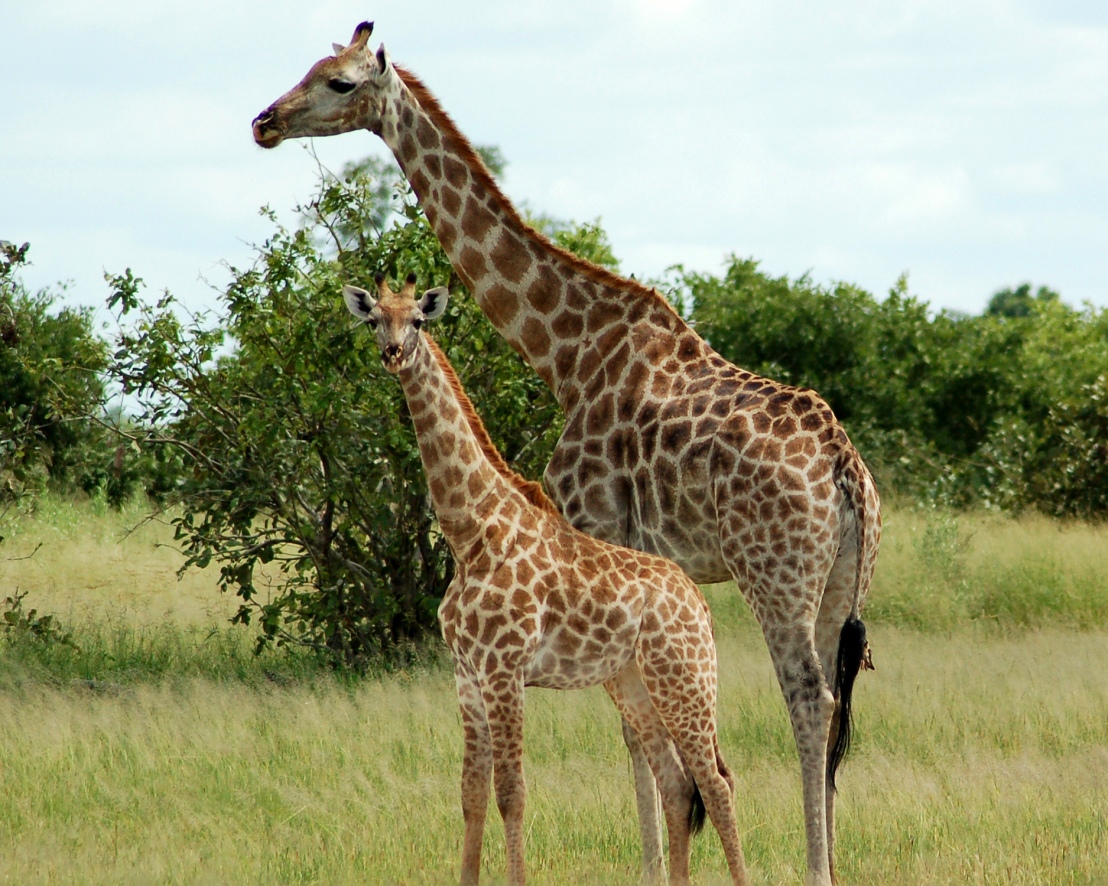 Giraffes live in Savannah areas in Africa. Mostly Central, Eastern and Southern Africa. Where there are dense forests, open plains, tall trees in very arid lands. Places that  are very hot. There are about 97k individual giraffes living in the wild and some in zoos around the world, not just in Africa.

Giraffes are herbivores, that means they don’t eat meat and instead they mostly eat leaves and shoots. They have a long tongue for reaching tall trees for food. Giraffes spend most of their time eating. They also eat seeds, fruits, buds and twigs. They can go without drinking for weeks because of the juice from plants they eat.

Giraffes have tan brown colored spots surrounded by white. They are the tallest land animals and can be from 16-18ft. tall. They have a long neck and long legs. When they are walking they step with two feet at a time on one side. They can gallop up to 35 miles per hour.

Giraffes have babies at 4-5 years old. Giraffes carry the babies for 15 months. The newborn giraffes are about 6 feet tall. A baby giraffes is called calf. The calf weighs around 130 – 150 pounds when born.